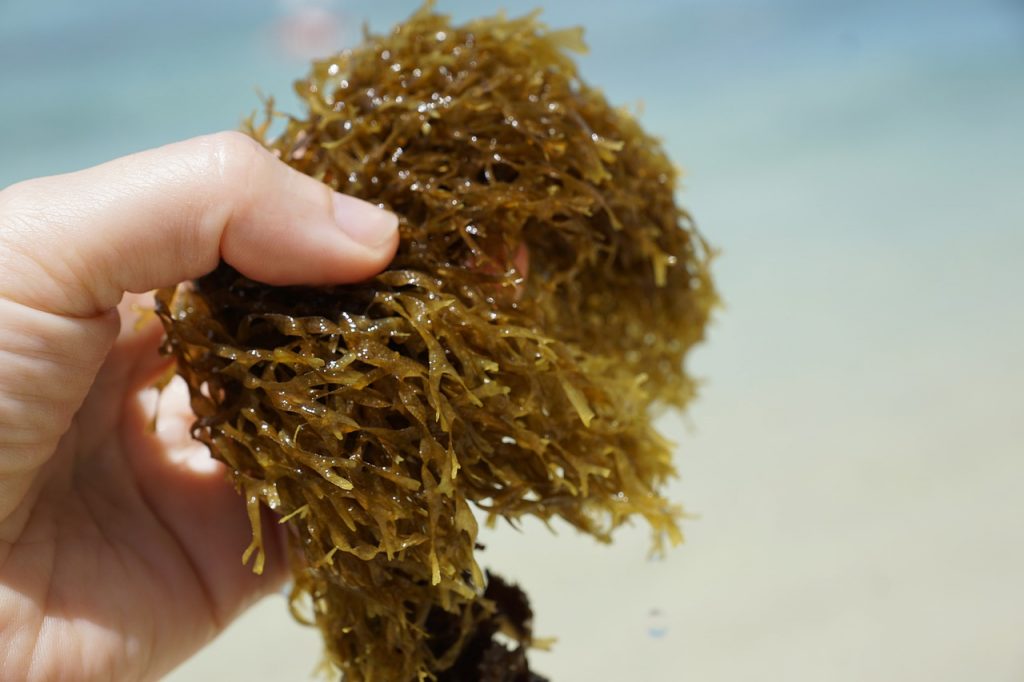 Like cellulose or starch, fucoidan is made up of chains of tiny sugar rings, with the difference that sulfate groups are attached to the rings to increase its solubility in water.

Traces of the medicinal use of seaweed go back more than 10,000 years. Archaeological excavations in the area of Monte Verde in present-day Chile have found algae paste, which presumably was consumed raw or cooked, mixed with other plants. Despite the widespread popularity of brown algae, modern scientific interest has only slowly developed around it. Fucoidan research was given a huge boost by the Japanese in the 1990s, when they wrote about its antitumor effects.

The supportive effect in cancer therapy has since been demonstrated in several cases. When lung cancer patients treated with cisplatin were taking fucoidan, tumor progression was successfully slowed. It also provided support in the treatment of metastatic colorectal cancer: a trend in improving health status of patients was observed, and chemotherapy side effects were reduced. In patients with breast cancer, it has been concluded that fucoidan can be used safely in addition to tamoxifen and letrozole therapy.

The most common source of fucoidan is brown algae. Brown algae is eaten raw, cooked or pickled. It is a popular dish, especially in Asian cuisine, but it is increasingly coming to the table in Western countries.

There are several types of stem cells in our body

For the formation of immune cells and other blood cells, the so-called hematopoietic stem cells are responsible. These stem cells are contained in the bone marrow, but they can be also found in small numbers in the bloodstream. When the body needs them, it mobilizes them and their number increases in the bloodstream. As observed, increased stem cell mobilization may lead to faster recovery, which is explained by an increase in the regenerative capacity of the body, but the bone marrow stem cell donors also undergo a stem cell mobilization intervention, in which fucoidan may be one of the natural, no side-affect alternative.

Stem cell mobilization in adult volunteers
When fucoidan was consumed by healthy adults, the number of hematopoietic stem cells in one drop of blood (50 microlitre) increased from 82 to 92 pieces in just 4 days. (From a scientific point of view, the number of CD34+ cells). Although this little bit more than 10% elevation may seems to be a small result at first, for half a liter of blood it is already 100,000 more cells.

Anti-atherosclerotic effect and mobilization of vascular wall progenitor cells
In a study that was for longer-term than the previous, experiments were performed on model animals to exclude external conditions as much as possible. They worked with a mouse strain, where mice were prone to develop atherosclerosis. The animals were fed with an unhealthy, high-fat diet for 12 weeks and then the condition of the blood vessels was examined:

Fucoidan might achieve the observed beneficial outcome by interfering with fat metabolism, plausibly by accelerating it.

However, there is a more exciting theory: it is possible that fucoidan exerts its favorable effects through the enhancement of stem cell mobilization. In another experiment with mice, fucoidan was able to mobilize vascular wall stem cells and cardiac stem cells (scientifically known as endothelial and cardiac progenitors, CD133 and cKit-positive cells). Their number increased by 70% and by 25%, respectively. This elevated stem cell count helped to maintain normal vascularization of a transplanted organ, and new artery wall cells were formed to replace the dead cells in the inflamed vessel wall.

Fucoidan is therefore a very exciting biomolecule with many beneficial traits, and with virtually no side effects. Its ability to mobilize stem cells is expected to be further enhanced by additional natural substances. If you would like to read another article in this topic, click on one of our previous posts:
SEA BUCKTHORN AS STEM CELL MOBILIZER - From the horses of Alexander the Great to stem cells

The scientific experiments in the post can be found in the following articles.

PrevPreviousAloe vera: protection against influenza and beautiful skin in one
NextSport and endurance support with folk medicine herbsKövetkező