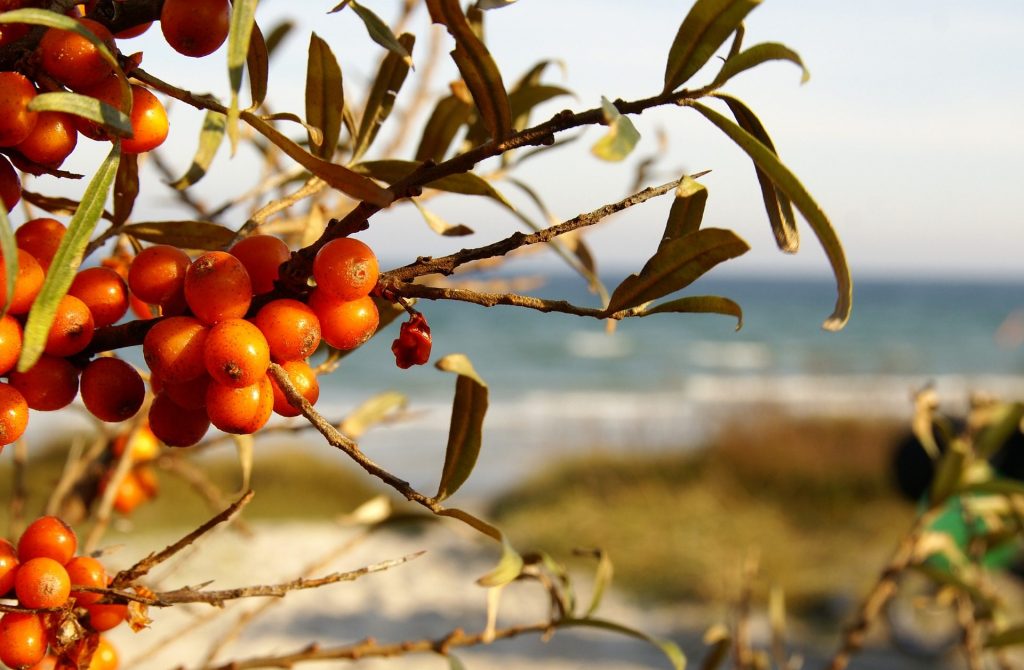 From the horses of Alexander the Great to stem cells

The sea buckthorn berry is an increasingly popular fruit, which is full of antioxidants. Its wide-scale beneficial effects are known since ancient times. Based on the results of modern science, new scopes have emerged, and it seems that by sea buckthorn, our health can be boosted even more through the exploitation of the regenerative potential of the stem cells within our body.

The scientific name for sea buckthorn is Hippophae, originating from Greek, meaning "shiny horse". During the Asian campaign of Alexander the Great, wounded horses were left in fields, where shrubs of sea buckthorn were grown. Upon returning, the horses had recovered and had remarkably shiny hair reflecting their excellent health condition. Therefore, this plant was brought to the Balkans, and sea buckthorn was built in the diet of horses, and later in the diet of soldiers.

The berry of the sea buckthorn contains countless valuable substances, including vitamin C and polyphenol type antioxidants in exceptionally high concentrations. Thus, both the berry and berry extracts are under investigation by modern scientific research. In the following, you can read about an observation in the exciting scientific topic of stem cells.

In the bone marrow, various stem cell types with different levels of commitment are present. A minor part of them are in a continuous circulation: they can enter into the bloodstream, from where they either infiltrate to tissues or they are homing back to the bone marrow. Based on current scientific knowledge, injury of the body or intensive exercise can trigger stem cells to leave the bone and enter the blood at a greater flux, in favor for enhancing tissue repair mediated by the fundamental function of stem cells.

New side of sea buckthorn – mobilization of stem cells

Proanthocyanidin substances from the polyphenol group present in the sea buckthorn are also capable of enhancing stem cell mobilization, based on a scientific report in 2018, since the number of circulating stem cells in the blood stream was elevated after ingestion of a berry extract.

Blood was taken from healthy volunteers before and after the consumption of a polyphenol rich extract of sea buckthorn berry. Cellular components of the blood were analyzed by flow cytometry, where cells are passing in front of a laser beam, thus information is provided about the cell surface, making the cells identifiable and countable.

Which stem cells were increased?

Four stem cell populations were investigated. Besides their names, we listed the surface markers of identification and the degree of mobilization.

What is the mechanism?

Proanthocyanidins are built up from flavonoid units, thus, in comparison to the other antioxidants with more simple structure, their 3-dimensional shape can provide extra features for them, which might be necessary for enhancing mobilization. They plausibly exert their effect by binding to such receptors, which are “handrails” for the stem cells, and the hindrance of binding results in the entrance of stem cells into the blood.

Proanthocyanidins from sea buckthorn showed a significant, however not outstanding mobilization: the circulating stem cell number after the ingestion of the extract was raised up to 120-130%. Proanthocyanins are present also in the seed and skin of grapes in high amount, and similar effects were observed also for other phytochemicals. These plant derived compounds admixed with each other might give an increased mobilizing effect.

The elevated number of stem cells in blood circulation might explain, why the horses of Alexander the Great were regenerating surprisingly fast by eating sea buckthorn leaves and berries. Taken together, it is worth to smuggle sea buckthorn berry in our diet, in order to have its health promoting benefits.

The source of the mentioned study with a short video abstract is under the link:

Webáruházunk jelenleg teszt üzemmódban fut - a rendelések nem kerülnek feldolgozásra!
This is a demo store for testing purposes — no orders shall be fulfilled. Dismiss